Australia is popular for its rich biodiversity. The “land down under” is truly like no other. Many people flock to see what the area offers since there are approximately one million native species there. You will find a wide array of flora and fauna. Most of the species here are endemic to a particular area while others appear across ranges of parks. A huge percent of the country’s mammals, flowering plants, frogs, and reptiles are found only in Australia.

To the delight of many gardeners, some native Australian plants are now being cultivated worldwide. They are versatile enough to be grown and styled alongside different types of greens. In order to ensure the preservation of its vast environmental landscape, the Australian government deserves credit for its initiative to establish a number of legislations and more than 500 protected national parks. When on an Australian holiday, one can take pleasure in the one-of-a-kind sights and sounds and untouched nature. Aside from the beaches, the country’s flora and fauna are also a sight to behold. 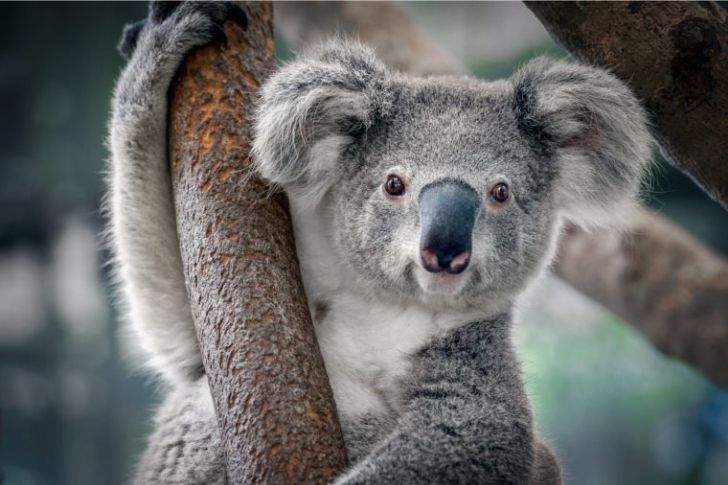 The adorable koala is known for its vibrant button eyes, and large fluffy ears. These species are star attractions in zoos around the world, including in its native Australia. While they are considered to be Australia’s symbol of unique wildlife, they can only be seen in the wild parts of the eastern and southeast sides of Victoria and South Australia. You can find these furry creatures lounging in eucalyptus trees, without worry. One can say they have their home security down pat! They enjoy munching on eucalyptus leaves and can eat up to a kilogram daily. For most animals, the eucalyptus can be poisonous, but thanks to their fiber digesting organ called a caecum, Koalas can cleanse out the harmful chemical found in the leaves. 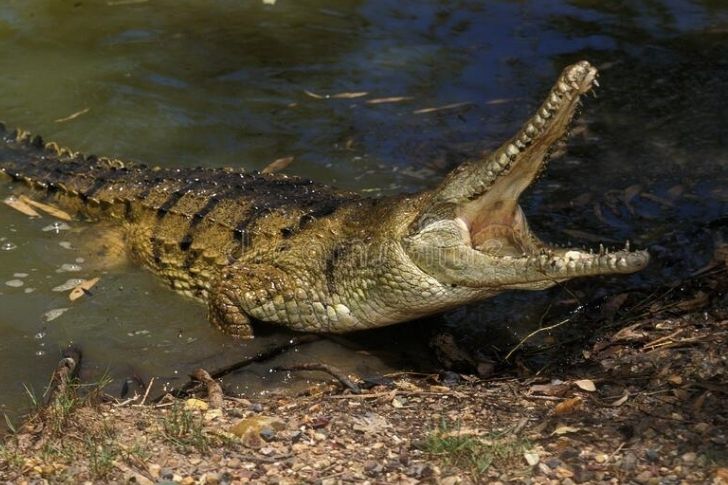 Some groups of these animals live in areas where water is limited causing them to turn inactive. Those kept in captivity can be hostile around their own kind.  In the wild, these crocs have an alpha male as their leader who would cause harm to crocodiles belonging to the lower rank to assert dominance. 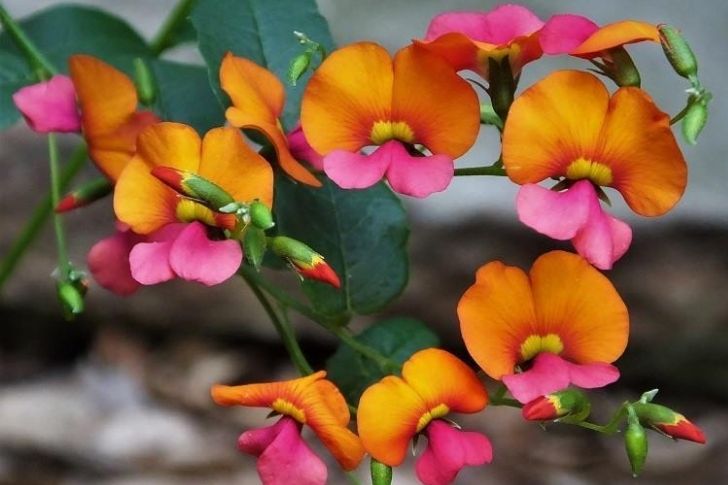 In springtime, the shrubs of this plant grow bunches of stunning orange/and or red pea-flowers. The plant is endemic to Western Australia. Leathery in texture, the leaves are heart-shaped and grow up to six centimeters long. These plants thrive in light, well-drained soil with a lot of sunshine and minimum shade. Summertime is when this wonder plant blooms even more. Any degree of change in the temperature can affect its growth.

This colorful shrub is great for dainty rockeries and quaint cottage gardens. The attractive colors of orange and pink hues make this plant an instant favorite. There are around 18 species of this plant and is one of those colonizing plants that rapidly pop out after fires. It provides nitrogen for the soil through its roots. 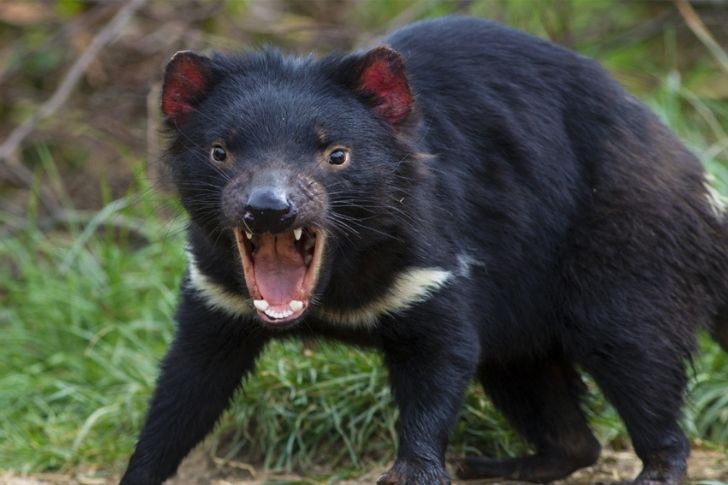 Tasmanian devils are small marsupials with rat-like features, sharp teeth, and coarse black or brown fur. Diminutive as it may be, don’t be fooled: This creature has a fighting style that is quite intimidating.  It measures around 20 to 31 inches tall and only weighs 9 to 26 lbs. The small marsupial can be spotted on the island of Tasmania located in Australia. Although it can live almost anywhere, this creature prefers to reside in forests and coastal scrublands. The Tasmanian devil doesn’t need services from a moving company. They adapt easily and sleep in caves, burrows, and rotting logs. When threatened, this animal snarls shows its teeth, and attacks just like its namesake. It prefers to stay in solitude.

The Platypus is one quirky creature. It is a mammal that is known to lay eggs. Its bill is composed of thousands of cells that enable the animal to have some form of sixth sense. The sensitive beak helps the platypus hunt, with credit to electrolocation. This mammal is also known to stay in water for long periods. They trim their bulky coat so they can add air bubbles for insulation in the cold rivers where they chase prey, just like an otter.

On land, it is known to give out 30 percent more of its energy compared to another land-based animal that is alike in size. The webbing found in their front claws help them adapt and acts as a boon when wading through currents. 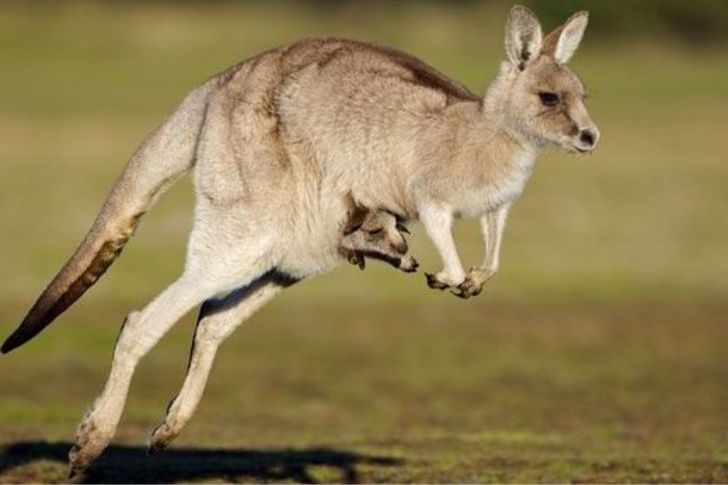 The Australian outback is home to the famous kangaroos. These marsupials can leap 9m in one jump. They live in groups called mobs and keep their young warm and safe inside their pouches. For these creatures, the primary mode of moving around is by hopping. Kangaroos have powerful hind legs, lengthy ears, and large feet. Their claws are special since they are fused together, which come in handy when they need grooming.

Red kangaroos are the largest species of kangaroo. They can reach 1.8m high while standing. They are powerful inbuilt and are covered with reddish-brown coats for males and blue-grey coats for females. These kangaroos usually reside in central Australia. These creatures can travel great distances without needing a moving company. 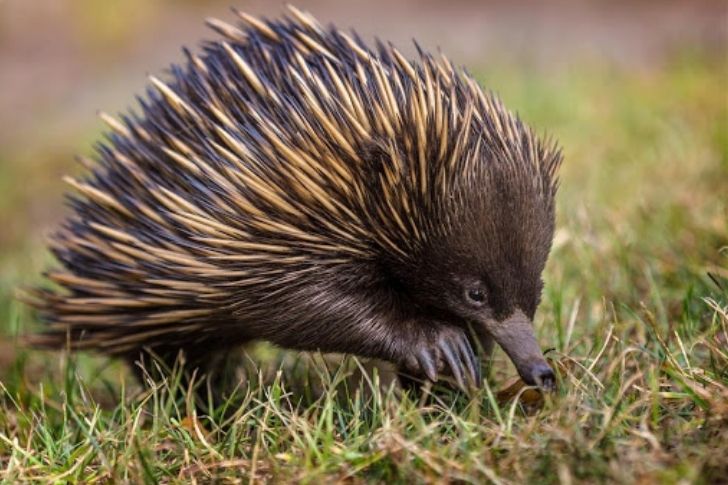 The elusive Echidna has a bird’s beak, a porcupine’s spine, and a kangaroo’s pouch. These small, lone animals can be found in Australia, New Guinea, and Tasmania. They are also called spiny anteaters and weigh between 4 and 10 pounds, and can span from 12 to 17 inches long. The spines on echidnas are actually modified hairs. They are covered with 2-inch long spines. The fur found in the middle of the spines provides insulation. Their lifespan is rather lengthy as they can live up to 50 years when in captivity. Similar to the platypus, echidnas are also egg-laying mammals. To their credit, despite their small mouths, they are able to use their long tongues to reach for termites, ants, insect larvae, and worms. 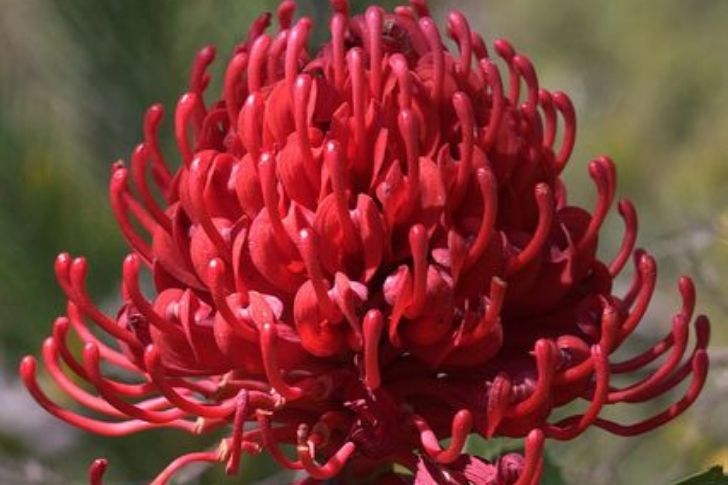 Known to be one of Australia’s most iconic flowers, the Waratah appears in a variety of different forms. The most recognizable kind is the New South Wales Waratah. It has a bulbous, crimson flower head and sharp leaves. The image of the Waratah is so popular that it can be found on tea towels, belts, and stamps. If you’re visiting Australia, bring a Waratah souvenir home. This is one investment you won’t regret.

According to Aboriginal tales, the Waratah was originally white until a pigeon bled on the flower following a hawk attack. Collections from the Museum of Applied Arts and Sciences revealed that the Waratah has even been depicted in various artifacts such as sheet music and leather bookbinding. 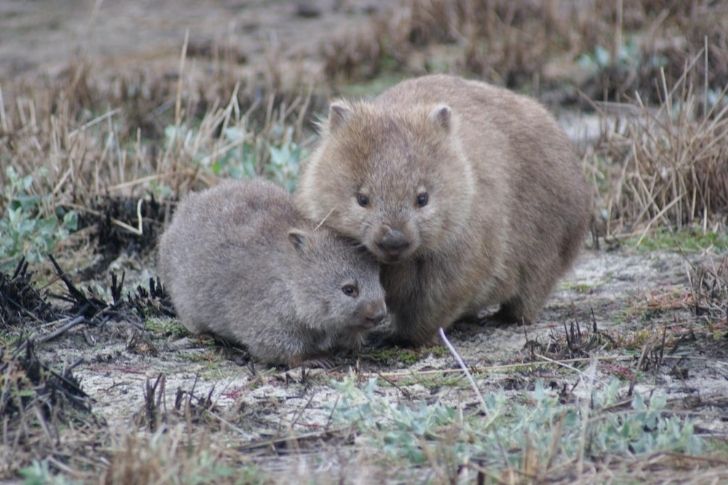 Wombats use their powerful rumps to protect themselves from predators. Since their butts are mostly made of cartilage, bites and scratches do not hurt as much. When being chased, wombats hurry to the nearest burrow and use their powerful behinds to block the entrance. They can even crush intruder’s skulls using their bums! These mammals construct wide burrows with their powerful claws and feet that help them clear up dirt at a fast rate. These creatures run on their own electricity.  They have stocky bodies and stubby legs, but they can sprint fast in the face of danger. Wombats have a diet that includes hard-to-digest items like scrubs, grass, bark, and roots. Their bodies contain special enzymes that enable them to break down their food. 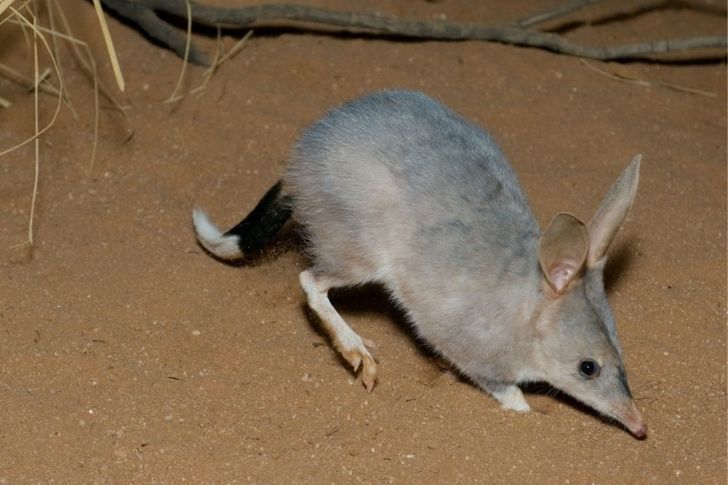 The greater bilby or macrotis is also known as Australia’s Easter Bunny. It is a marsupial that has long, slender hind legs, and hairless ears. Its fur that is blue-grey in color is soft and silky. It also has tan, thin, and colorful patches around it. The base of the marsupial’s tail is grey and has white tips. When it gallops, the macrotis drags its tail stiffly almost like a banner. It was once abundant across southern Australia.

Presently, they are constrained to tiny, dispersed places and are divided between two subspecies, namely the Western bilbies, and the Eastern bilbies. The animal has no need for home loans as they prefer open and humid spots like dunes, grasslands, and deserts.