The World’s Most Bizarre Traditions 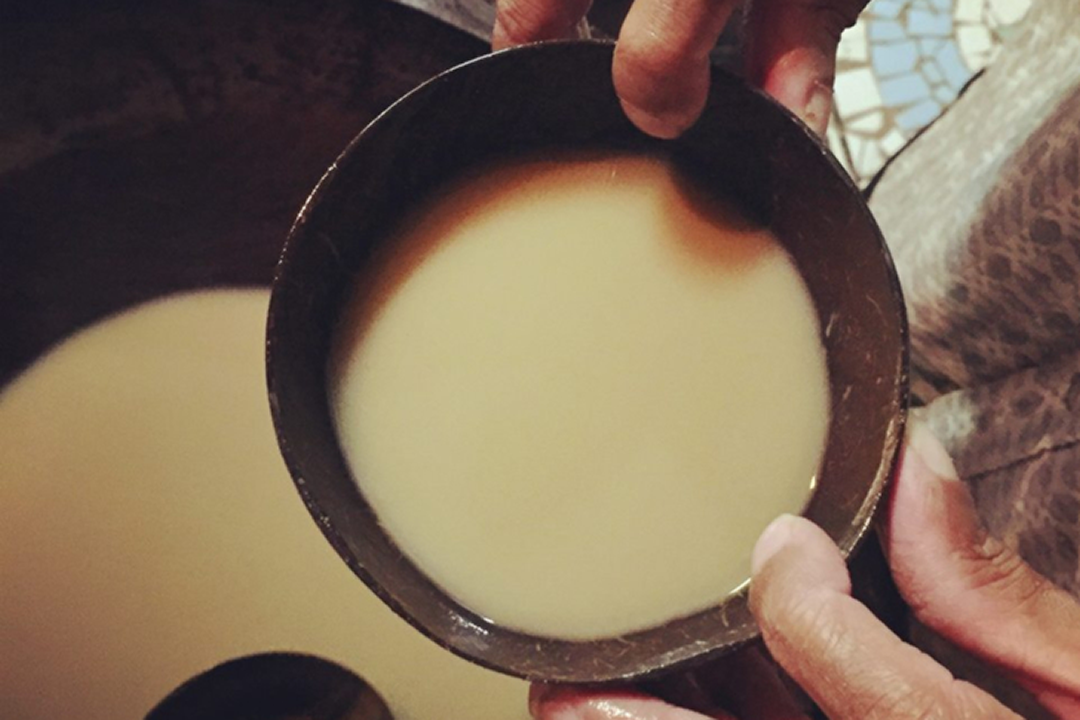 Traditions are a huge part of who we are as people. They give us a sense of identity – something that we can call our own – but to what degree can civilizations really go to aspire for a unique practice? While customs vary from culture to culture, there are those that stand out as notably peculiar to the rest of the world. While these weird but highly attended events are all imperative to a nation’s culture, the rest in the background sometimes just stares with awe or disbelief. To those who make it a point to explore ethnicities on their travel itinerary, we’ve listed down the world’s most bizarre traditions for you.

There are plenty of welcoming rituals around the world, and a lot of the more indigenous ones offer you something to consume so as to know if you’re open to them or if they can trust you. Reasons may vary but they will always take offense if you refuse to consume their offer. This is true with Fiji and their drink called “kava”. This drink is created with a local root’s juice and served in a bucket or a bowl made from wood. Though the unfamiliar liquid looks pretty muddy (and tastes like it too), locals everywhere drink them, and to a huge degree, tourists are very much welcome to do the same too. 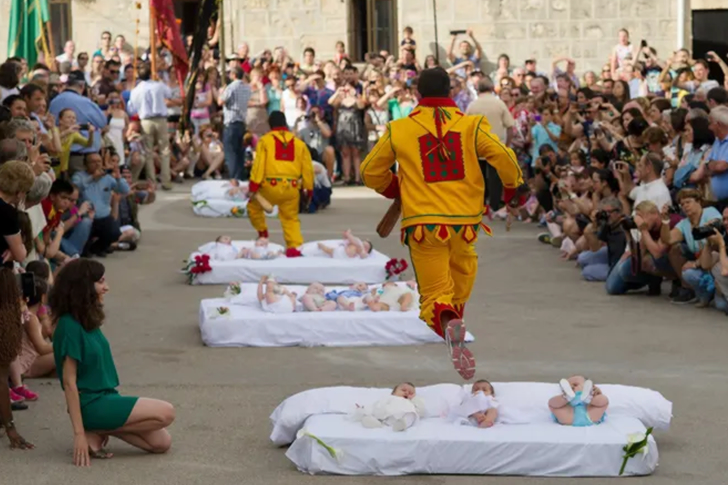 The El Colacho tradition in northern Spain literally means “baby jumping”. Babies are placed on a mattress on the flooring and a man that is dressed as the devil jumps over the infants on the ground. The premise of the tradition is that when the devil jumps over the babies, they are cleansed from their original sin and the sin stays with the devil. The practice has been observed for more than four centuries already and people everywhere, both locals and tourists, come to see it. Apparently, the particular custom is a compromise between the Catholic and pre-Catholic Celtic rituals.

A huge part of any tradition is folklore and stories that are passed down from generation to generation through word of mouth. One of the folktales told in the United States of America is that a resident groundhog can, to a huge degree, tell the changing of the seasons. Supposedly, it will come out on the second month’s second day. If the sky is filled with clouds when he looks up from his burrow, legend says that spring is coming. On the other hand, if he runs from his shadow when the sun is up and high, it means winter will be lingering for a while. Lots of people actually invest in traveling just to see the groundhogs, the most famous one being Punxsutawney Phil.

Monkeys have always been interesting to humans. They are quirky, funny, and have, to some degree, anatomies that are close to that of human beings. But Thailand took this interest one step further by creating a festival that’s centered on monkeys. When we say centered on monkeys, we really mean it as they prepare food for the monkeys. In the Lopburi temples, a grand feast is prepared for macaques, a local breed of monkeys. To add to that, they also dress up as monkeys and fill the streets with monkey- inspired decorations and art. This tradition was created in 1989 to help boost tourism rates.

To what degree can you carry your wife’s weight? These Finnish men definitely will go all the way. Finland’s odd but amusing Wife Carrying World Championships has attracted many spectators, both locally and internationally. These consist of races of men while carrying their wives on their backs. The tradition is called eukonkanto in Finnish and has stemmed from a group of bandits that used to steal women around two centuries ago. It became a tradition, then, to not only have the annual games but also to inculcate it into their tradition. The fireman’s life, the piggyback, and the Estonian are some of their carrying styles.

TOOTH ON THE ROOF – GREECE

The more popular idea about baby teeth coming loose is putting it under your pillow for the tooth fairy to get in exchange for some money. While it seems normal to most of us, those on the outside find it weird too. On the other end of the spectrum, however, teeth-related traditions in Greece are very different. Instead of putting their teeth under their pillow, kids are told to throw them up to the roof. They don’t expect a jumpstart on their investment money in exchange, but a strong set of adult teeth instead. This tradition has been adopted in other places too.

There is a vast array of weird burial practices but this one is surely one of the most bizarre of them all. A yearly carnival takes place and ends on Ash Wednesday, or the first day of Lent according to the Christian calendar. Because the carnival is all fun and games, this must come to an end when Lent arrives because it is now the period of abstinence. To get into that degree of solemnity, the Spanish have the El Entierro de la Sardina, or the burial of the sardine as a symbolic way of moving on from the pleasure.

WEEP BEFORE YOU WED – CHINA

While there are many pre-wedding traditions all over the globe, this one from China is certainly a notable one. Instead of flustering over flower arrangements and last minute catering problems, brides in China are to cry before her wedding. In the Wuling Mountains, the Tujia still observe the practice of bridal weeping an hour a day before tying the knot. The mother of the bride and her entourage are also a part of the weep fest and they too cry and sing folk songs with it. We wonder if they’re crying over all the cash loans they made for the wedding.

As Santa Claus is, to a huge degree, famous for having a naughty and nice list that he checks with during Christmastime, some cultures have a continuation to this story. According to Austria, Romania and the Czech Republic, the naughty list is actually forwarded to Krampus, the partner of Saint Nicholas who punishes the kids who don’t deserve Christmas goodies. He even has his own night called Krampusnacht where he goes around and visits the naughty kids. The practice has grown more famous over the years. At these rates, you might want to stay on the safe side and do your best to be on the nice list instead.

Dancing is part of many traditions. Likewise, morris dancing is linked to English tradition. Bells are attached to the shins of the dancers. Flowery hats are on their heads. They have sticks and handkerchiefs with them and they dance everywhere they go. The jingling of the bells let people know where the folk dancers are at any given time. They attract an audience anywhere and they are always present at village fetes. Stemming from folklore, the tradition’s origin has plenty of variations, but surely we need to give credit to the English for once again preserving their culture through so many years.